It’s no secret that Japan is home to some of the most beautiful nature and cities in the world. Many foreigners view it as the ideal country to move to. One of the reasons could be its rich culture that is often seen as unusual from a Westerner’s perspective.

However, moving to Japan is not so as simple as hopping on the next plane to Tokyo. You’ll need to read up on some of the good and bad things to know before moving to Japan. That includes unwritten rules, protocols, and even legal matters. So here’s our rundown of the essential things you need to know before you move to Japan!

The Right Kind of Visa

Like everywhere else, you won’t be able to find work in Japan if you don’t acquire the correct visa. Businesses are incredibly strict. In fact, there’s no chance that they’ll let someone slip by and work without a visa.

If you want to get employed in Japan as a foreigner, first consider if your work will be full-time or temporary. Then, you should get the correct type of visa. If you try to work a temporary job with a permanent visa and vice versa, you won’t be able to get employed.

As you know, Japan is incredibly formal. Everything has to be done according to protocol and the law. Even if you want to find informal work such as waitressing, you’ll need the right documents. If you fail to get them, you could actually face many risks. That includes heavy fines and detention. It’s also possible to get arrested if you work illegally.

Thus, the best thing to do would be to consult with the Japanese embassy in your area. Then, get your paperwork in order and file for a visa application. Plus, note that it’s necessary to get a residence card and bring it with you at all times. So take care of the legal issues first. However, don’t forget to figure out your health insurance and bank accounts too.

Housing May Be a Problem for Foreigners 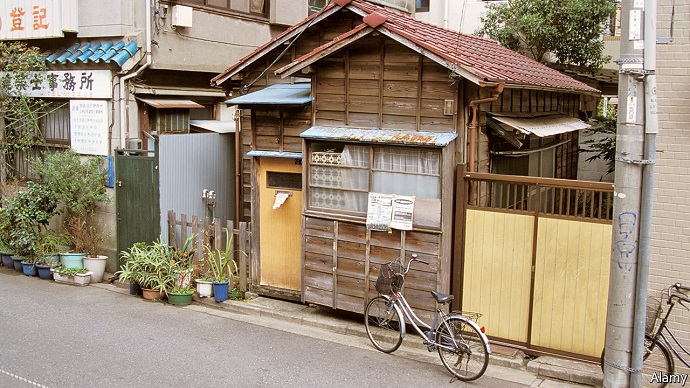 One of the most important things you need to know before moving to Japan is that housing is quite different. Not everyone will be comfortable with it, especially foreigners who are used to living in large apartments.

It is also advisable to contact real estate agents before you start living in Japan. Then, you can arrange the accommodations in advance. However, you won’t be able to find multiple listings and a lot of choices online. Most people find housing through agents in Japan. Still, if you’re lucky, you could locate some Western-style apartments that are more suited for foreigners.

However, if you get a Japanese-style apartment, expect to have less space for sleeping, living, and storage. Even a furnished apartment will have few utensils, a tiny refrigerator and cooking stove, and a small futon bed.

In fact, housing is so much smaller in Japan compared to the U.S. that the typical apartment has a surface area of 100 to 150 square feet. Also, many apartments do not offer central heating. Most will have some kind of air conditioner or an electric heater. Another tip is to avoid older apartments and buildings. They could have bathrooms with squatters and offer even less space. Most importantly, expect to encounter problems with the internet. The country has poor connectivity, and most homes will only provide it through Ethernet connections.

Be Ready for Natural Disasters

While Japan is among the safest countries on the planet regarding crime, it faces other dangers. The biggest threat comes from natural disasters and especially earthquakes with landslides and floods.

See some other countries listed as safest to visit to in this Forbes article.

Every year, the country suffers over 5,000 earthquakes across its entire archipelago. Most of them are minor, with magnitudes ranging from 3.0 to 3.9. Those quakes chiefly go unnoticed, but others are much more powerful. It’s even possible to feel them on a daily basis. The county sees more than 150 earthquakes that have a 5 or larger magnitude each year. The reason for this is Japan’s geographical placement on the infamous Ring of Fire in the Pacific.

Actually, nearly 90% of all earthquakes on the planet occur in this area. Additionally, some reports show that approximately 70 cities could face tsunami risks in the next three decades.

As mentioned, most of Japan’s earthquakes are not incredibly dangerous. However, because there are so many, the country has become experienced in dealing with them.

For example, most new buildings can withstand earthquakes. Additionally, Japan has developed warning systems and evacuation procedures. In some towns, you could hear warnings over loudspeakers. However, if you use a Japanese phone number, you will always receive official earthquake notifications in case of an emergency.

Adapting to Their Customs

Perhaps the biggest challenge for foreigners will be to adapt to the Japanese language, culture, and customs. This could be a big issue for those who come from cultures that are quite open and direct in terms of communication and authority. Japanese customs are incredibly complex. They feature unwritten rules, and most of them are entirely different from those in Western cultures.

RELATED: How Hard Is It To Really Learn Japanese Language?

For instance, you’ll need to learn the proper walking, eating, and conversational etiquette. Those customs are unwritten, and it will take a while to master them, especially if you don’t have any Japanese friends to help you. Luckily, the locals will not be too strict regarding those rules if they notice that you are a foreigner.

However, you’ll also need to follow strict written rules that you’ll see in public places. They’ll include pictures and warnings for what you are not allowed to do in public baths, convenience stores, trains, etc. To add to the confusion, many rules will not be clearly written for foreigners. This is only the beginning. After that, you’ll have to understand social behaviors, hierarchy, authority, the proper ways of being polite, and so much more.

Thus, you should expect your first experience in Japan to be quite overwhelming. The best tip is to start early on and learn some customs online. For example, research the practice of bowing and understand the difference between sitting and standing bows. Then, get familiar with gestures that Japanese people use to excuse themselves, say thanks, and catch someone’s attention. It’s also useful to brush up on eating etiquette, riding trains, and the proper way to talk to someone via phone.

If you were planning to move to Japan and you read our article, your adventure has already begun. It will take some time until you get used to the customs, rules, and Japanese culture. In the end, you’ll get some incredibly unique experiences that will completely change your life. So have fun preparing for your move and good luck!