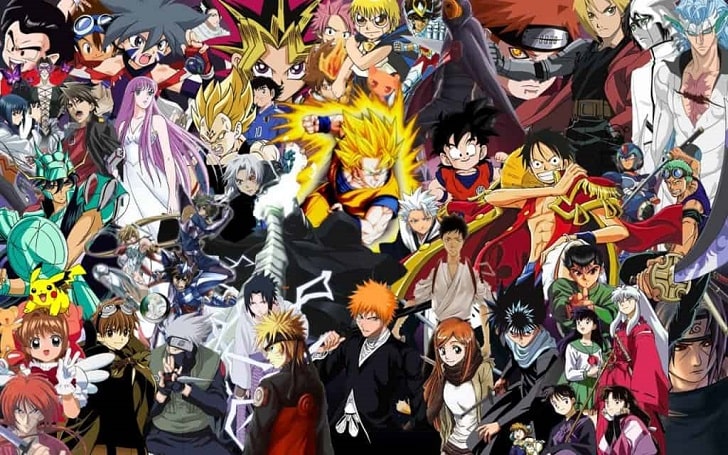 I may not have seen all anime in the world, but I’m definitely a big fan of these kinds of series. So, let me give you a list of the most popular anime of all time. I’m sure you’ll be familiar with all of them, and if not — get to work!

Let’s talk about the most serious of them all first. Well, by serious, I mean it definitely has those kinds of vibes and visuals. Death Note is a story about how we all have moral dilemmas. When we come face to face with mysterious power, what do we use it for? Let’s ask the protagonist, Light Yagami.

Light seems to be your average golden child student. That’s until he stumbles upon a death note that came from the hands of a shinigami, Ryuk. Light finds out that writing names in this notepad results in people’s deaths. Since he’s not necessarily a terrible person, he starts using the death note for “good” — purging the world of all evil.

However, his killing spree doesn’t go unnoticed. The antagonist, L, is set to find Light and stop this teenager with a god complex. 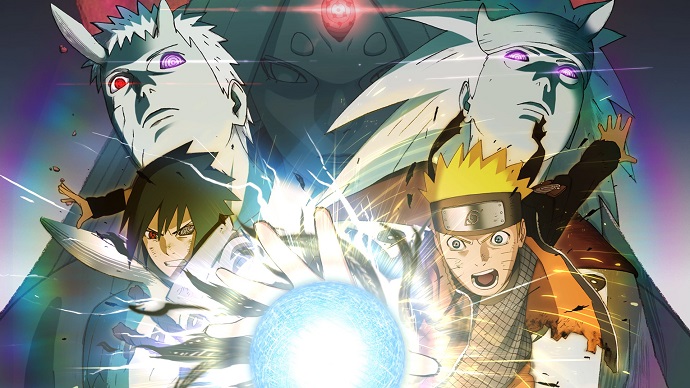 Out of all the famous anime shows I’ve seen, this one is definitely on the longer side. It is a story about a troubled kid with big dreams, and nobody will stop him from achieving them. However, this description doesn’t only apply to our protagonist, Naruto Uzumaki, but to his friend, the antagonist, Sasuke Uchiha, as well.

The story of Naruto is all but simple. Gifted with a great power dwelling inside of him, Naruto was shunned as a child, and his power was deemed too dangerous. His adventures begin once he finds himself in a team and starts going on missions.

While he’s busy training hard and trying to become a Hokage, his best friend Sasuke is working on revenge of his own. As we follow Naruto and Sasuke through their adventures, we realize that this is a story of friendship and never giving up.

There’s no way you don’t know about this one. For years we’ve been following the great adventures of Ash Ketchum and his friends. Much like the previous one, this anime will teach you all about working hard, never giving up, and teamwork!

Ash aspires to become the greatest Pokémon master of all time. To do this, he has to compete in regional gyms and championships. Wandering the world with his friends, they all try to catch new and exciting pokemon to have by their side. However, their adventures don’t always go without a hitch.

Team Rocket — Jesse, James, and Meowth — will stop at nothing to get Pikachu, who travels with Ash! This means that Team Rocket is always keeping this fun friend group on their toes. Where will they come out of next, and with what schemes? It doesn’t matter. Gotta catch ’em all!

If you love “Pirates of The Caribbean,” I’d say that this is the anime for you. To become great, you have to work hard. You can achieve your dreams, no matter how big or small they are. Imagine wanting to become the king of all pirates and find a great treasure. Does that sound impossible? Our protagonist Monkey D. Luffy doesn’t think so!

You can’t really sail the seas and be a great voyager without a ship and a crew. Throughout the series, Luffy enlists people to join his crew, the Straw Hat Pirates. They sail on their ship, the Going Merry, in search of the One Piece treasure.

Of course, their adventures can’t go smoothly either. Enemies constantly confront them, and they include other pirates, criminal organizations, bounty hunters, and the evil agents of the World Organization. Will they be able to achieve their dreams? There’s only one way to find out.

Let’s talk about the spectacular story of a monkey-tailed boy, Goku. This anime talks about how you have to work hard for your greatest desires. Not everything can just be wished upon a star. To be able to make that wish, Goku needs to find the seven Dragon Balls and summon a powerful dragon.

Luckily, our monkey boy isn’t alone on his adventures. He meets plenty of friends along the way, but the foes aren’t lacking either. Furthermore, many of those foes become allies after fighting Goku and aid him in fighting off enemies. Ultimately, after fighting in a couple of World Martial Arts Tournaments, Goku encounters his biggest enemy yet — King Piccolo.

Will Goku be able to defeat him and use the Dragon Balls to wish his friends back to life? Watch and find out!

This was only a short list, but other anime are deserving of your time and attention too. We can definitely learn a lot from these series and our protagonists’ stories. As for me, it’s time to binge all of these because they’re just so good!