For the longest time, Japan has been well-known for being at the cutting edge of technological innovation. In fact, many people directly associate it with things like robotics, superfast trains, and other such tech wonders. And it managed to do all that while recovering from the devastation of World War II.

But how does Japan stay a cut above other countries in terms of tech?

This list will give you a quick overview of what makes Japan the flagship of technology.

All progress starts with a good education. The Japanese government understands this very well, which is why it has emphasized the importance of education for decades. It spends a sizable chunk (3.59%) of its GDP on education in order to keep the sector strong.

As a result, the country’s education system has been streamlined through years of innovation in the field, from experimental classes to educational robots. Therefore, the way kids in Japan experience schooling is very different than what a lot of Europeans or Americans are used to. 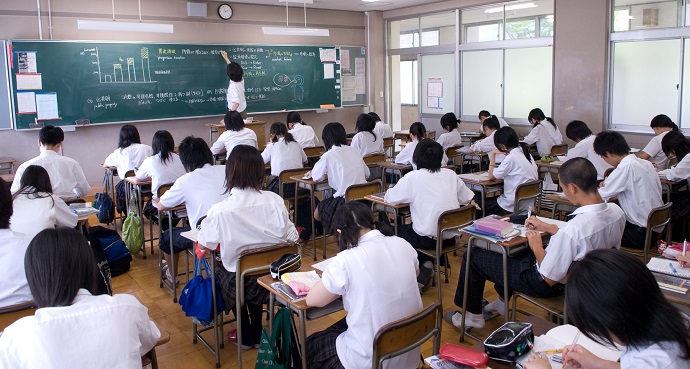 But all the differences from what Westerners know about school are there for a good reason. For example, the kids have a much more hands-on role as they often teach their peers, which serves to solidify the information they recently learned. All of them also eat each meal (supplied by the school) together in their classroom so that they can spend more time bonding.

That may sound like fun, but it’s also hard work. Japan’s average school day lasts 6 hours, more than in almost all countries around the world (this excludes all the homework, projects, and drills outside of school time). The standards of Japanese education are gruelingly high and often push kids to their academic limits from elementary school to high school and beyond.

All this effort pays great dividends, though. The stats show that, among 34 countries in the OECD region, Japan ranks second in maths and first in science.

One fascinating pattern we find in Japan’s history of invention is its practical nature. In other words, the vast majority of technological development in the country came about from a need to address a natural or social ill. For example, the massive push in AI tech is largely propelled by a shrinking labor market. But we’ll discuss that particular issue a little later, so we won’t go into it here.

Instead, here’s another big driver of innovation in Japan. Japan’s tumultuous weather has also propelled it to come up with new solutions to keep people safe from natural disasters. The country’s climate makes it prone to typhoons, tsunamis, earthquakes, and seasons of heavy rain. For example, the country has a sophisticated disaster warning system that predicts nasty weather and warns the appropriate authorities, giving them ample time to respond accordingly.

The point is that almost all of Japan’s inventions came from the need to make people’s lives more comfortable. It’s a real-life example of “necessity breeds innovation.” The outstanding situations on the Japanese islands have driven their people to think of solutions both simple and sophisticated.

When they hear Japan and high technology, people’s imagination usually takes the direction of autonomous robots and other such fanciful tech. But it’s usually the people who have actually been to Japan that immediately think of its infrastructure.

Japan’s infrastructure is easily among the most advanced in the world. The country’s government constantly works on improving and expanding roadways, transportation systems, telecommunications, and more. In fact, Japan has spent upwards of $200 billion on construction projects since 2003. Just so you know, $200 billion is roughly 40% of the country’s entire budget.

Luckily, all that money has clearly been put to good use. People who live or have visited there can attest that the traffic and utilities in Japan function pretty much seamlessly (outside of natural disasters disrupting large parts of the country). Almost everything runs like clockwork and looks spotless, from the trains to the silk-smooth roads.

However, perhaps the biggest symbol of Japan’s stellar infrastructure is the so-called bullet train.

The first instance of the bullet train (or Shinkansen) was introduced in the 1964 Tokyo Olympics. Even back then, it was a seriously impressive vehicle: it could make the route from Osaka to Tokyo in four hours, compared to seven that a traditional train could manage.

But these trains are even faster now, able to finish the trip in 2 hours at an astounding top speed of 200 mph. They’re able to do thanks to levitating via magnetism instead of resting on wheels. Essentially, they float above the tracks without ever touching them. 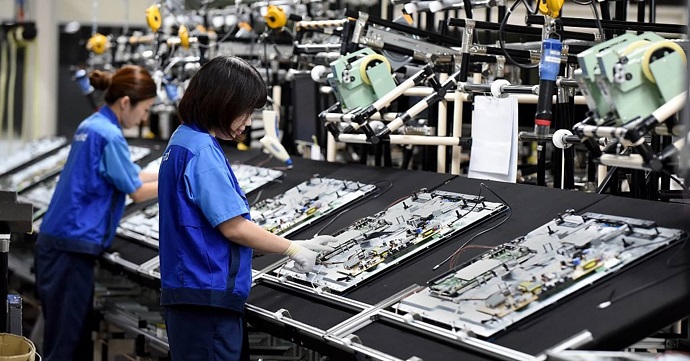 Japan’s labor force has been shrinking for years. This is due to the country’s birth rate failing to keep up with its death rate. Data from a few years ago put Japan’s birth rate at 1.4 per woman — far from the 2.1 needed to keep a country’s population young. As such, there are fewer and fewer young workers ready to step in and replace the old guard.

This puts Japan’s economy in a serious bind. Technologically advanced though the country may be, its shortage of labor is still liable to crash all the progress made thus far.

But, as always, Japan has a high-tech solution — workplace automation.

AI in the workplace isn’t exactly a new concept. A lot of the work we do is very repetitive and dull, often to the point where few people would actually willingly do it. But artificial intelligence doesn’t fuss about trudging through these boring tasks. By implementing AI in their workplace, employers save money and enjoy a boost in productivity.

While this technology isn’t the norm in most of the world, Japan is really pushing the envelope on what work can be done by robotic systems. It’s actually the fourth-most automated country, behind South Korea, Singapore, and Germany. Its automation rate a few years ago was 303 robots per 10,000 human employees.

Industrial robot workers are pretty widespread in Japan. Odds are you’ve seen some pictures of automated restaurants or heard of automated hotels dotting the cities. These are great examples of Japan’s ingenuity with replacing human workers.

Japan Is Already Living in the Future

In many respects, the world’s tomorrow is Japan’s today. No, this isn’t some weird wordplay on Japan being in the Eastern hemisphere. Rather, Japan is using the kinds of technology that most other countries (even the United States) are years away from introducing to their infrastructure.

We already mentioned marvels like the bullet train and automatic restaurants as examples of how advanced Japan is. But those are just scratching the surface of Japanese technology.

Just imagine something like supermarkets that scan customer activities and lower prices in aisles with the least visits. What about a robotic babysitter that tells children to go to bed and plays them songs to lull them into sleep?

Japan also has full-on automatic vending machines that sell everything from food to clothes. It’s also home to wackier inventions, such as square watermelons that are easier to stack for transportation. Equally curious is the rainproof umbrella that covers its carrier from head to toe.

All of the above are innovations that came from and are an everyday thing in Japan. For most other countries, these inventions aren’t even on the horizon. The unique conditions in Japan have led it to always look forward, addressing as many problems as it can along the way.

However, this need to solve difficult issues has given the nation more than convenient fixes for its infrastructure. It also brought into the world generations of curious, results-oriented scientific minds. Their love for technology and creative solutions is what’s made them renowned around the world as visionaries of their respective fields.