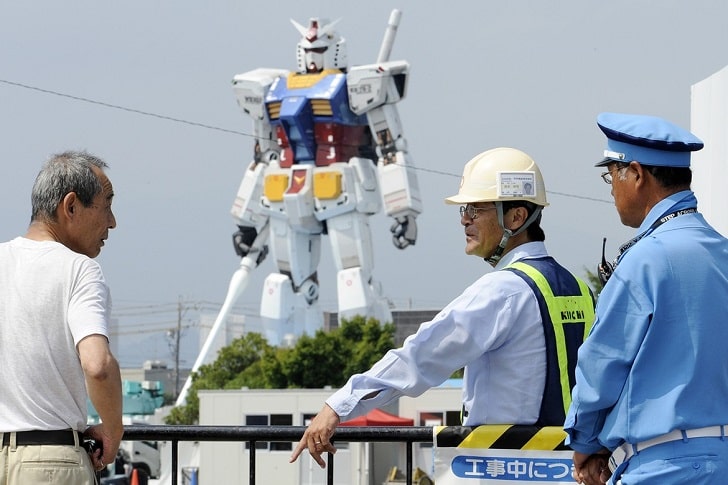 During the last couple of decades, we’ve seen all sorts of far-out ideas and concepts hit the American mainstream. However, none of them were as fruitful and successful as Japanese giant robots and Kaiju monsters. From numerous Mecha anime spin-offs and remakes to Guillermo del Toro’s “Pacific Rim,” these monumental battle droids remain the staples of fun childhood memories for many. But where did they come from, and what’s the story behind their creation? Well, let’s find out!

For years now, Japan has been the cradle of many critically acclaimed manga and anime series. Their overall attention to detail and art style are so interesting that most people in other parts of the world can’t resist and consume their comics and TV series. The fan-favorite “Ghost in the Shell” even has its own big-budget Hollywood adaptation. However, one anime series seems to top the rest, becoming a commercial phenomenon in itself.

Of course, we’re talking about “Mobile Suit Gundam.” The series tells a story of a teenage mechanic, Amuro Ray, battling the Principality of Zeon. He controls a giant battle robot, Gundam, in service of the Earth Federation during the “Universal Century” 0079 war. “Mobile Suit Gundam” is the work of director Yoshiyuki Tomino and the famous Nippon Sunrise animation studio. Needless to say, the series has countless video game adaptations and questionable rip-offs.

But when was Gundam made? Well, the first episode came out in 1979, and it’s still running strong nowadays through numerous spin-offs. The popularity of “Mobile Suit Gundam” is so big that Bandai Namco toy company is still selling its toy models worldwide. Moreover, they have sold more than 500 million products for over 40 years now. The history of Gundam is so rich and interesting that we’ll segue into more details about Bandai and their Gunpla model kits.

The base of operations for making these models are two factories in Japan. The first one is on the Pacific Coast, in Shizuoka Prefecture. But as of 2020, they added another factory in Naganuma to help raise the production of Gundam model kits by about 40%.

This Bandai Hobby Center is a dream place for all fans of the Gundam series. You can visit it as a tourist and have a walk through the assembly lines to see all sorts of models in production. The company says that girls enjoy newer models more, while men are still pretty big on the original Gunplas from the early ’80s.

Why People Love It

One might wonder why so many people enjoy assembling Gunplas. Moreover, why would adults enjoy something that’s somewhat childish? Well, the answer is simple. The Mecha animes are a huge part of their youth, and since people are usually nostalgic about their childhood, playing around with a hobby like this is a no-brainer.

And if you dig deeper into the whole process, you get to see that it’s not some simple kiddy stuff. Most kits have over 1000 pieces that you carve out and put together to get a great-looking model. It’s a form of escapism for most, as they get to feel like their favorite mechanics from the series while putting their suits together.

It’s hard to argue against anything like this. And why would you? People show interest in all sorts of things. From fantasy sports to video games, they enjoy themselves without answering meaningless questions. And in its essence, collecting Gunplas and assembling them is a great hobby for anyone who loves Japanese Mecha anime.

In case you’re interested in getting yourself a Gunpla, maybe you should consider a couple of things first. The thing is, not all of them are simple to put together. From their grades to the scale system, you might find yourself lost at first. Hence, we’ll provide you with some basic tips on how to choose the right one for you.

Firstly, it’s important to understand how the grading system works. And just like with any other hobby, there are numerous types of models you can purchase and enjoy yourself. You have five different types of them: the High Grade, Master Grade, Perfect Grade, Real Grade, and Super-Deformed.

The High Grade is like a beginner level, as they’re easier to assemble and are the cheapest. They come in various sizes, but they’re pretty much simple to put together. The High Grade doesn’t have that many parts, and you don’t need to paint them if you’re not skillful enough.

All of this justifies the price tag they come with.

On the other hand, the Master Grade models are a bit trickier to assemble. They have more parts, details, and mechanics to them. Also, the Master ones have an inner skeleton you can show off to your friends. However, all these traits make them more expensive, so they’re something in between an entry and pro level.

The Perfect Grade Gunplas are the holy grail in the world of Gundams. Unfortunately, they mean more money. The reason for this is that they have the most parts, and their scale is the biggest. But their price is justifiable since the attention to detail is so big that you’ll easily forget you’re playing around with a toy and imagine yourself being one of the characters from the Gundam series.

Still, if you don’t have that much money to spend, you can get Real Grade models. They’re also highly detailed and come in large scales but for less money. Some models are so good that you’ll easily mistake them for Perfect Grade kits. Hence, we’d always go for these boys before we spend big money on the grade above.

Finally, the Super-Deformed models are kid-friendly. Why? Well, they’re pretty small and have a chubby, cartoonish look that’s more suitable for the young ones. They’re also the cheapest of the bunch, so you can try them out before spending some real money on more expensive Gundams if you’re not sure about the whole idea.